There is no doubt that this a cruel illness.

For every inch it takes a mile. Every. Single. Time.
Alas it is Tuesday and on Tuesday we search for things to be chipper about.
Four years ago I had a routine letter from my optician telling me I was due for an eye test. Pretty standard stuff. Yet I was incredibly, incredibly poorly. So much so that a twenty minute eye test would count as my month’s exertion. My mum went into the opticians a few times before my appointment(!!!) to explain my circumstances and to let them know it was likely I wouldn’t be able to do the whole eye test in one go. We still laugh about her making a nuisance of herself! “Just to let you know (again) that my daughter has an appointment next week with you and she’s not very well…”
The appointment was hard and long but we managed it together, going back at a later date to choose my new glasses rather than trying to do it straight after the appointment as you usually would.
Two years later and I had made enough progress that my mum didn’t have to go in several times ahead of time to ‘earn’ the opticians that I was poorly and had a complex and low energy supply. She made my appointment for me again and escorted me there and back.
Fast forward to June 2016 and I was able to phone to make my own appointment for the first time since The M.E. Years began. You might be confused about why such a small and trivial detail is worthy of being mentioned, but phone conversations are so hard for me. My brain can’t seem to process the conversation very quickly or very well (perhaps without the help of lip reading and body language.)
Not only did I make my own appointment but I drove myself to it!!!!! Alone!!!! I survived 40 minutes in Specsavers by myself; a huge contrast and improvement from that first appointment four years ago. It was not easy but my health held out long enough for me to shuffle in and out on my own, talk coherently to the staff, sit through the eye test, stand long enough to choose a new pair of glasses (along the lovely team did offer me a chair), and remember my PIN number when I had to pay! 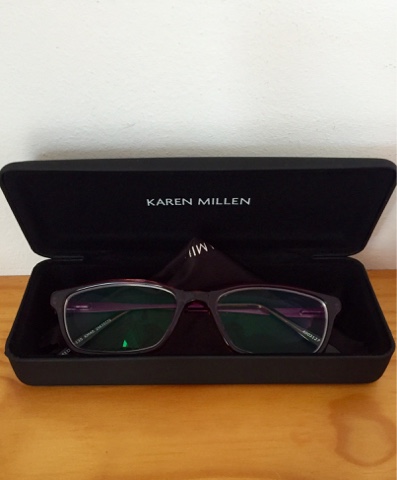 That my friends made last Tuesday a Chipper Tuesday!