As if feeling and being so hideously poorly wasn’t enough!?!

Anxiety is a side effect of M.E. it isn’t the cause. I was prescribed propranonol ‘in the beginning’ after having a panic attack trying to cross a road. The visual disturbances, that are a result of my eye muscles being exhausted beyond all reason, mean that my confidence had been knocked quite severely. I could no longer be sure that I could see oncoming traffic properly. I couldn’t trust myself. I have never taken the propranonol. Rescue remedy is always on hand though. Good old Bach’s remedies!

When you live in isolation like we do the outside world is such a foreign place that you begin to doubt whether you can survive in it. You panic that you will suddenly be taken ill in the middle of a supermarket and you will so unwell that you won’t be able to speak and tell people that you need help. You imagine your legs suddenly giving way and leaving you in a heap on the High Street in full view of everybody passing by, and again you aren’t well enough to tell people what it is that Is wrong.

My medical bracelet combats a lot of the anxiety. So too does my walking stick. I feel confident that it allows people to see I am not in good health. I don’t get the mutterings or sighs of disapprovement when my walking isn’t quite up to ‘normal’ speed and people aren’t able to overtake me. I also don’t have to worry that people might think I look like death warmed up for no apparent reason. Mr Walking Stick shows that I have a valid reason for my less-than-lovely appearance. Sometimes my stick is used more as a ‘security blanket’ than as a mobility aid. But if it means I can get out of the house then hooray! I will eventually be well enough and confident enough to go out without it as either a security blanket or mobility aid.

Today I felt physically well enough to have a taste of reality and real life. I went to the post office, BY MYSELF! I don’t even go to the post office with my mum! It’s too much. But I was feeling independent and more than able to do it. With this condition you’re (apparently) always meant to do about 50% of what you feel able to do. I follow that rule as best I can.

The post office is 5 minute drive away. Have I been ‘getting back to driving’ for about a year now? On a day like today I can achieve a 10/15 minute drive. Wildness! So I cut my daily drive down and added in the ‘Walk with Mr Walking Stick, stand at the counter, talk to stranger behind the counter’ instead. I wore my medical ID bracelet incase I keeled over and had my phone in my pocket incase I needed Mum. I admit the anxiety nearly won and I had to drive around the block and sort my breathing out before getting out of the car.

I honestly never imagined I would ever be able to sit behind a steering wheel again, let alone drive a car. This is like a regular person running a marathon or climbing Everest or something as ambitious as that. I was well enough to do it. Okay so I didn’t wash my hair or use my laptop or watch TV beforehand because I needed all the spoons I could muster to do it, but that’s okay. Life with M.E has to be balance and so I swapped hair washing for saying “Hello, can I send this please?” to the lady behind the counter. I wanted to ask the woman if she had any idea of how much of a big deal it was for me to be standing infront of her, but I resisted! I decided I’d come and tell all of you about it later instead. Lucky you!

I have managed this adventure once before. In November 2012 I think. Back then I was consumed and overwhelmed by the enormity of my achievement and my ability to do a task independently. I cried my eyes out!!!! This time, I took it more in my stride. It didn’t feel so foreign that I was able to do this. Actually scratch that, I might have a celebratory cry! I really have achieved something unimaginable. It seems bizarre that I can transform from the grubby looking, bedridden weakling who doesn’t even have enough energy to speak, to this showered and dressed independent individual
who can drive a car for 10 minutes and shuffle into a quiet post office.

I shall now have a celebratory blast of purple time in the hope that it’ll stop the rest of the day being a write off because of my outdoor adventure.

My perseverance is paying off. I am a teeny, weeny bit better. There used to be good minutes and then good hours, but now, only sometimes, I think I might be getting closer to there being good days. The prospect of good weeks seems too good to be true. M.E is nothing if not unpredictable and I mustn’t count my chickens. 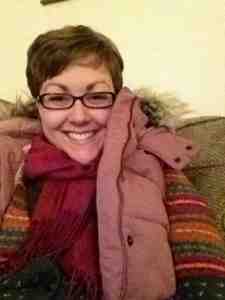